In an election decided on economic policies, Argentina voted the Peronists- Alberto Fernández and former president Cristina Fernández de Kirchner into power, ousting President Mauricio Macri. In the times ahead, the Fernández government would have to find a middle path between the austerity programmes that made President Macri unpopular and the return to large social spending of the previous Kirchner governments that has made investors lose confidence in the Argentine economy.

Alberto Fernández[1], a law professor, defeated President Mauricio Marci to become the next President of Argentina. He won 48.1 percent of the votes as compared to President Macri’s 40.4 percent ensuring that the provision for a runoff ballot does not arise[2]. Mr. Fernández is expected to take over office on 10 December 2019. He will be joined by former president Cristina Fernández de Kirchner, as his vice-president. She is said to have played a key role in Mr Fernández's electoral victory. 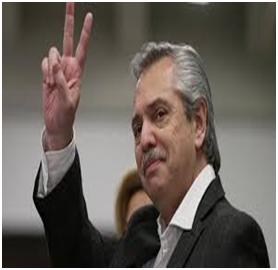 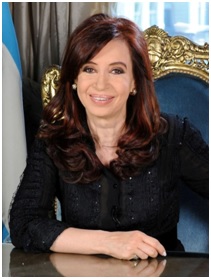 The elections focused on the economic health of Argentina. Deep recession, rising inflation and lack of job opportunities in the economy dominated the campaign debates. President Macri had come to power in 2015 on the promise to ensure a market friendly economy that would be able to restore growth. He had promised ‘zero poverty’, but in the past four years the Argentinean economy has declined. ‘He exits office with a plunging peso, an inflation rate that rocketed to an annual 56 percent, and the number of people living below poverty line having risen from 29 percent to 35 percent.’[3] In his efforts to cut government costs as he sought a bailout from the International Monetary Fund (IMF), President Macri had to introduce widespread austerity measures, including raising taxes and cutting fuel subsidies,. The IMF infused its largest loan in history (of US $ 57 billion approximately) to Argentina in 2018. Argentina currently is on the verge of default and the new government would have to renegotiate a repayment schedule with the IMF again. Needless to say, relations between the IMF and Buenos Aires are not smooth. 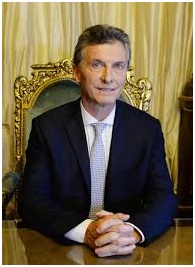 In his victory speech, Mr.Fernández stated that he would end the divisions between his Peronist movement[4] and supporters of a market friendly pro-business economy. Further, he announced that his government would honour the agreements of the Macri government. His views on other key economic policies however, differ from President Macri. Unlike the Marci government that focused on austerity, he has stated that his government would lower interest rates to revive the economy and stimulate consumption. This, he hopes, would help combat inflation. He also wants to have a competitive exchange rate to ensure that Argentina is able to produce and sell at international prices and eliminate taxes on industrial exports, and foreign sales of technology and knowledge-based services. President Macri had promised to gradually reduce these taxes, but instead extended them in 2018 in a bid to reduce the budget deficit under the IMF deal.

Mr. Fernández has reassured people that their bank deposits are safe and Argentina will not default but seek to renegotiate the terms of the IMF loan. Nonetheless, investors fear that possible populist policies or protectionism of past governments led by former President Cristina Fernández de Kirchner (2007-2015) and her late husband former President Nestor Kirchner (2003-2007), the lengthy recession coupled with the debt crisis and possible default on the IMF loan might compound the problems for Argentina. In the weeks leading to the elections and after Mr. Fernández’s victory in the primary elections, Argentineans have withdrawn close to US$ 12 billion from their accounts as the Peso continues to lose its value to the dollar. They are largely converting their savings to foreign currency to maintain their value. ‘Argentina’s Central Bank on 28 October 2019, cut the amount of dollars that individuals could buy, amid concerns over outflows of foreign exchange reserves accelerating after President Mauricio Macri’s defeat. The bank said it would restrict dollar purchases to US$200 per month via bank account and just US$100 each month in cash, until December, a dramatic adjustment from the US$10,000 restriction that the bank had imposed at the beginning of September along with other currency controls to stem a slide in the peso.’[5]

Argentina is the third largest economy in Latin America and the Caribbean region, after Brazil and Mexico. The new government during the campaign had called for stronger ties within the MERCOSUR bloc[6]. The challenge before the new government would be to revive an economy at a time of regional and global economic slowdown. In recent weeks, protestors in Bolivia, Chile and Ecuador have taken to the streets against economic inequality, corruption and a view that elected leaders are out of touch with reality.‘The tensions have also been exacerbated by slowdown in the economies following the fall in commodity prices, on which many of the region's economies are highly dependent.’[7]During the campaign, Mr. Fernández had stated that he would like to renegotiate Argentina’s trade deal with the European Union (EU). He claimed  that if implemented, the deal would harm the local industry, while the Macri government had claimed it was a good deal and helped Argentina-EU relations.

The Fernández government would have to find a middle path between the austerity programmes that made President Macri unpopular and the return to large social spending that has made investors lose confidence in the Argentine economy.

[1] Alberto Fernández served as cabinet chief to President Néstor Kirchner (2003-2007) and then in the early months of President Cristina Kirchner’s first term.

[2]To win in the first round, a candidate needs at least 45percent  of the vote, or 40percent and a 10-point lead over the second-place contestant.

[4] In Argentine politics, a supporter of Juan Perón, a member of the Justicialist Party (Partido Justicialista; PJ), or an adherent of the populist and nationalistic policies that Perón espoused is a called a peronist. The Peronist movement arose as the personal following of Col. Juan Perón.