The United States’ unilateral decision to kill Qassem Sulemani, one of Iran’s top military officials in Baghdad airport, has escalated tensions in the region. It will also galvanise the public opinion in Iran against America, further eroding the space for future negotiations between Iran and America. The prevailing instability has an impact on India’s interests in the region from energy security to connectivity projects.

The Middle East has been unstable for decades now. The Iran-Iraq war, the Gulf War, the Iraq war, the rise of terrorist organisations such as ISIL, al-Qaeda and al-Nusra and civil wars in Yemen and Syria are some of the events that have played out in the region in the past half century. Despite the turmoil, the nations were working towards an unsteady peace. Iraq was stabilising and Iran seeking to integrate with the international economy as a result of the nuclear deal. However, the Middle East policy of President Donald Trump has seen this fragile peace eroding. The decision of the Trump administration to withdraw from the Iran nuclear deal, recognise Jerusalem as the capital of Israel, withdrawing aid from Palestine, continued military assistance to Saudi Arabia and UAE despite evidence that the weapons are being used to target civilians, and withdrawal of support from the Kurds-their allies in war against ISIL, has put question marks on the aim of the United States’ policy in the region. Today, many of the United States partners in the region are making an active effort to diversify their foreign policy and reduce dependence on the United States.

The United States’ unilateral decision to kill Qassem Sulemani, one of Iran’s top military officials in Baghdad airport, has added to the prevailing instability in the region. General Sulemani, directed the foreign operations of Iran’s military, and was instrumental in extending Iran’s influence across the Middle East. 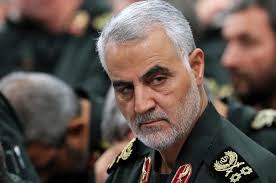 The killing has been detrimental to some pronounced goals of the Trump administration vis-a-vis Iran. 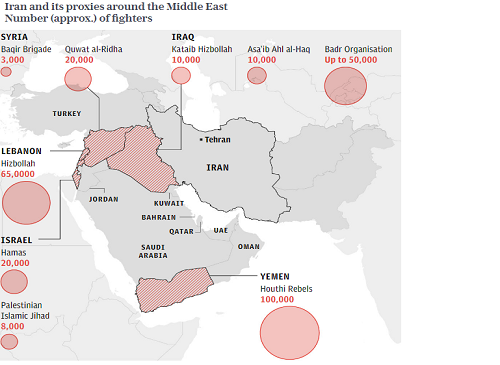 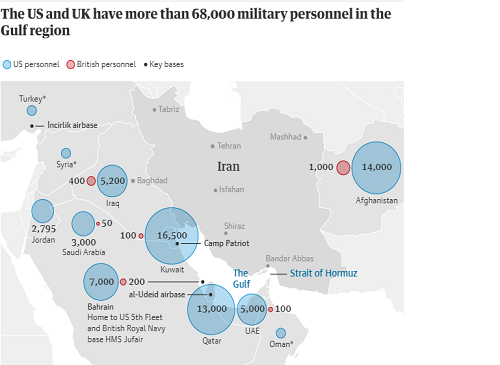 The unilateral action by the United States, with no prior notice, has worried allies in the Gulf, who in recent months have seen their shipping lanes and oil infrastructure targeted and been working toward bringing down tensions with Iran. The American action has escalated tensions in the region. It will also galvanise the public opinion in Iran against America, further eroding the space for negotiations between Iran and America.

While Iran and the United States have spoke on de-escalation and signalled that they would not be taking any further actions, it does not mean that they will not continue to attack each other’s interests through proxies and/or cyber attacks. The United States will continue imposing stringent economic sanctions as part of its maximum pressure policy for Iran. They will also have adversarial interests in Syria, Yemen and the Israel-Palestine relations.

India would like the situation to de-escalate as soon as possible. It has been in touch with, both Iran and the United States, and its partners in the region such as United Arab Emirates, Oman and Qatar, to take steps in that direction. As tensions in the region continue to remain high, it will have an impact on energy prices and shipment, including insurance prices for ships. India has, for some time now, been taking steps to reduce its energy dependence from the region nonetheless; it continues to be dependent on the Gulf nations. Increased prices would be a strain on its economy. Further India has had to deploy its naval assets in the waters of the region to provide security to its container ships, protect trade routes and to deal with any emergent situation.

Apart from oil, conflict in the region would put in danger India migrants who are part of the working class in the countries there.  Currently, close to 8.5 million[i] India migrants live in the region with a majority residing in the GCC countries. Remittances from the region also remain the highest with nearly 82 per cent of the total remittances received by India originated from countries of the region (along with the United States, the United Kingdom and Malaysia).[ii] Remittances are an important component in strengthening Indian economy and its development. The Middle Eastern countries have a significant population of blue-collared and white collared Indian expats, whose families are heavily dependent on remittances for food, medicines, education and better housing. 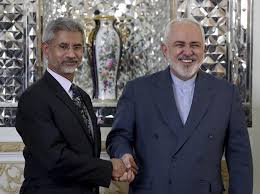 India shares close relations with both Iran and the United States. Following the 2+2 Dialogue with the United States, Foreign Minister Mr. S. Jaishankar visited Iran for the 19th Joint Commission meeting and meet his counterpart Mr. Javad Zarif. India has been able to get an exception from US sanctions for the development of Chabahar port in Iran. The port is a cornerstone project by India to secure its connectivity with Afghanistan and Central Asia. Turmoil in the region will escalate the cost of the development project but also be detrimental to the long term financial viability.

The Ambassador of Iran to India Mr. Ali Chegeni has said Iran would welcome any peace initiative by India. It is in India’s interest to be part of a multilateral effort to reduce tensions between Iran and the United States.

[i] Figures has been calculated based on 2018 data available at http://mea.gov.in/images/attach/NRIs-and-PIOs_1.pdf