A Perspective on Fourth Consultative Meeting in Central Asia

On 21 July 2022, the Fourth Consultative Meeting of the Central Asian Heads of States was held in the city of Cholpon-Ata, Kyrgyzstan. The leaders of all five Central Asian countries – Kazakhstan, Kyrgyzstan, Tajikistan, Turkmenistan and Uzbekistan, joined the meeting.[i] In 2017, the President of Uzbekistan, Shavkat Mirziyoyev, took the initiative to hold regular consultative meetings of Central Asian leaders. The First meeting was held in Nur-Sultan, the capital city of Kazakhstan, in March 2018.[ii] Uzbekistan hosted the Second Consultative Meeting in November 2019. Due to the pandemic, the Third meeting was postponed to 2021, and it was held in Avaza city of Turkmenistan in August 2021, coinciding with 30 years of independence of Central Asian countries.[iii]

The Fourth Consultative meeting becomes significant as it was held against the backdrop of important changes occurring in the region since the last meeting in August 2021. First, Turkmenistan had a peaceful transfer of power from former President Gurbanguly Berdimuhamedow to his son, President Serdar Berdimuhamedov, in March 2022.[iv] Secondly, Kazakhstan and Uzbekistan witnessed protests turning violent. In Kazakhstan, the protest started on economic causes in January 2022, while in Uzbekistan, protests began in July 2022 over political questions in a referendum held in late June 2022.[v] Third, the region also witnessed clashes at the Tajikistan-Kyrgyzstan border, resulting in loss of life and property.[vi]

Afghanistan and Ukraine crises are two extra-regional developments that have security and economic implications for entire Central Asia, making the Fourth Consultative meeting quite significant. [vii] A surprising development for the regional countries was the takeover of Kabul by the Taliban forces in August 2021, which happened about a week after their last Consultative meeting in Turkmenistan. The Taliban dispensation in Afghanistan creates many challenges, including terrorism threats to the region, extremism, drug and arms trafficking, cybercrime, and other cross-border organised crimes. [viii] Secondly, the Central Asian economies are linked to the Russian economy in many ways, and the Russia-Ukraine conflict has become a concern for all five countries, primarily due to sanctions imposed by Western countries and disruption in connectivity.[ix] 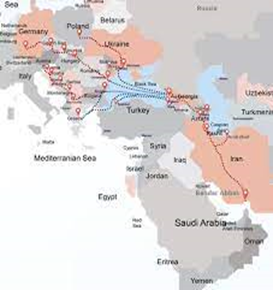 The five leaders expressed their concerns on the situation in Afghanistan and considered the development of a roadmap envisaging the ‘entire spectrum’ of the security agenda regarding security in Central Asia. The leaders agreed to the continuation of close regional cooperation in promoting long-term peace and social and economic reconstruction of Afghanistan. They also focused on enhancing intra-regional cooperation, which would benefit all.[x] 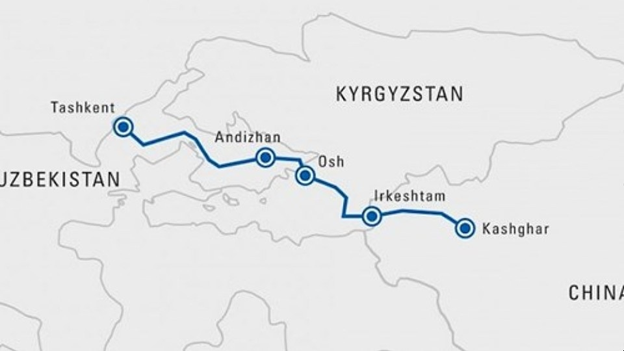 In the meeting, the leaders emphasised the efficient use of transport corridors to unlock the countries' transport and transit potential and improve connectivity so that Central Asia could benefit from its significant location on the North-South and East-West routes. The leaders considered joint development of transport routes for inter-regional connectivity.[xi] Central Asian leaders made several proposals to improve connectivity and develop alternative routes. Turkmenistan proposed the development of ‘Central Asia–Caspian–the Black Sea’ and ‘Central Asia–Persian Gulf’ transport routes (refer Map 1). Kyrgyzstan discussed building the China-Kyrgyzstan-Uzbekistan railway (refer Map 2), which would strengthen the investment and transit potential of Central Asia.[xii] Kazakhstan proposed further development of the Trans-Caspian International Transport Route (TITR), also called the “Middle Corridor” (refer Map 3). The route has become more relevant due to the ongoing Russia-Ukraine crisis since February 2022.[xiii]  Kazakhstan is expressed its willingness to participate in the construction of the Mazar-i-Sharif – Kabul – Peshawar railway line, which is pursued by regional countries for South Asia-Central Asia connectivity.[xiv]

In order to further improve intra-regional economic integration, the Central Asian leaders proposed a network of border trade and economic hubs based on the “Unified Commodity Distribution System of the Central Asian countries”. The system envisages uniting agricultural producers, exporters, importers, buyers, and logistics companies from the region and facilitating export to other countries.[xv]  The leaders of Central Asian countries called for special attention to the digitalisation of economic sectors, which would reduce costs and ensure the competitiveness of products.

They discussed the implementation of joint hydropower projects for the mutually beneficial use of water resources of transboundary rivers, including the construction of Kambarata HPP-1 in Kyrgyzstan. This hydroelectric power plant will strengthen the energy security of Central Asian countries.[xvi]

Central Asian leaders also emphasized cooperation in culture and education. The Declaration on creating a single ‘Central Asian higher education space’ was adopted in the last meeting in 2021. At this meeting, leaders agreed to expand inter-university exchanges and further increase quotas for youth training in Central Asia.[xvii] Cooperation in the field of higher education through the opening of branches of leading universities and multilateral agreement on implementing youth policy were also discussed.[xviii]

The leaders emphasised creating a ‘single cultural space’ in the region consisting of composite, multifaceted interactions of cultural communities of Central Asia. They also discussed further popularisation of the famous spiritual and historical heritage of Central Asia, contemporary achievements in literature, art, and cinema, and encouraging cooperation between the creative intelligentsia. Kazakhstan suggested that to establish a single cultural space, it is worth starting the practice of selecting a "cultural capital of Central Asia" annually.[xix]

The Fourth Consultative meeting endorsed several documents aimed at increasing regional cooperation. In the meeting, all five Central Asian countries approved the “Roadmap for Developing Regional Cooperation for 2022-2024”, the “Regional Green Agenda Program for Central Asia” and the “Concept of Interaction between the States of Central Asia within the Framework of Multilateral Formats”.[xx]

Kazakhstan proposed a "Treaty on Friendship, Good Neighbourliness and Cooperation for the Development of Central Asia in the 21st century". The Presidents of Kyrgyzstan, Kazakhstan and Uzbekistan signed the Treaty. However, Tajikistan and Turkmenistan decided to accede to this Treaty after completing their internal procedures. Kazakhstan also proposed that a meeting of the Foreign Ministers of Central Asian countries should be held every six months to work out coordinated approaches to crucial issues of regional and international problems.[xxi]

Since independence, the lack of cooperation among Central Asian countries has been impacting the realisation of the region's full potential. Nevertheless, the interaction and cooperation among regional countries has been steadily growing over the last few years. Through improved bilateral relations and Consultative meetings, the Central Asian leaders are embarking on an effort to build wide-ranging intra-regional cooperation in political, trade, economic, cultural, humanitarian and international affairs. The consultative meeting is the only regional platform exclusively for Central Asian countries to discuss and find ways to address regional challenges.

* Dr. Punit Gaur is a Research Fellow at the Indian Council of World Affairs, New Delhi.
Disclaimer: The views are of the author.

[iii] The Diplomat, “3rd Meeting of Central Asian Leaders: A Small Step Toward the Formation of a Regional Order?,” 12 August 2021, https://thediplomat.com/2021/08/3rd-meeting-of-central-asian-leaders-a-small-step-toward-the-formation-of-a-regional-order/, accessed 29 July 2022.